With the Irish Open on next week’s horizon and with the hope of an Irish winner it is a timely topic – that of which golfers in Ireland are better, those from the North or South? So let us check the stats – 3 Majors for the South (Republic of Ireland) versus 4 Majors for the North (Northern Ireland), a very simple summation of things I suppose. The fact that one golfer makes up those three Majors from the South, Padraig Harrington, does make it seem all the more remarkable that Northern Ireland has produced four separate Majors winners – Fred Daly, Graeme McDowell, Rory McIlroy and Darren Clarke. 26 counties vs 6 counties add more fuel to the fire. 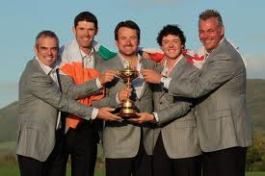 We need to look deeper though. All the above players played under the banner of “Team Ireland” during the amateur days, which were all highly successful. They all received the same or similar backing from the Golfing Union of Ireland, maybe there was not as much support in the day of Fred Daly, but the other four definitely availed of the benefits of playing out of the Green McGregor bags. It is extraordinary to think though that Daly, Clarke and McDowell are connected to the same golf club, Portrush, while McIlroy is linked to Holywood and most recently Lough Erne. Harrington, of course, has a significant and long-standing connection to Stackstown in Dublin. So that’s Ireland’s capital city accounting for One Major Champ with Three Majors and then a small area like Portrush making up another three with the North edging ahead with Rory, again from a small enough golfing area. This makes for interesting reading and begs the question, what is the GUI doing in the rest of the country to bring through the talent?? It would point to the Ulster and Leinster branches being significantly more successful in developing their respective golfing talents. In the amateur ranks there have definitely been plenty of potential stars from Munster and Connaught but they have not come to the fore as maybe they should have, some exceptions to this but not in the Major winning bracket. 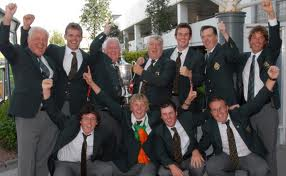 Is it the setup to promote Junior Golf in the North against the way Junior golfers are treated in the South? Is the mindset of people from the North, more focused on getting the most from their games? The respective answers would be a Yes and a No from where I am standing. The overall support mechanism in the North seems better – from the support you receive from your home club, your provincial GUI branch, to the fact that the Northern families seem to get involved more – G Mac’s father as the US Open and Rory McIlroy’s father a year later are cases in point. If Harrington had McIlroy’s talent, however, he would be World No.1 – Paddy probably has the best work ethic of any golfer in the world so the mindset in terms of North vs South is not an issue. There are some very promising youngsters from all over the country waiting and/or hoping to make a breakthrough soon – Aaron O’Callaghan, Alan Dunbar, Keelagh McDonagh, et al but will they conquer the challenge of winning a Major? The North have non-Major winners like Hoey and Maybin plying their trade on tour to very good affect and while Shane Lowry is making a good living out there it is seen as a struggle at times for sure, there are not many other Southern Irish golfers you would look at as contenders these days – the powers of McGinley and McGrane for example are definitely on the wane.

I see the support mechanisms being the main stumbling block to producing the very best golfers, it is just better up the North. Darren had his parents and better half looking on during his Open Championship triumph this July while Rory’s and also G Mac’s fathers were on-hand to celebrate once the winning putts were held at the US Open in 2011 and 2010 respectively, Harrington usually has his wife and kids on-course but the extended family are usually not at the event although may be watching on television. There also seems to be more celebration of a victory up the North, and I don’t mean just in the amount of alcoholic beverages consumed! Padraig Harrington’s 2008 USPGA victory didn’t even make the 8am sport news on Irish radio stations on the Monday after his heroic performance at Oakland Hills; it went to the English Premiership football results! That pretty much says it all when your home country wants to know how Liverpool, Manchester United, Arsenal, et al got on at the weekend rather than a quite outstanding sporting performance from one of their own. 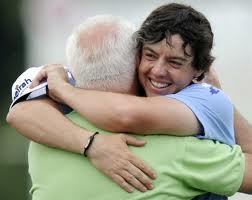 We are blessed in this country to continue to produce some of the very best golfers in the World. It seems, however, that they may well come from the 6 counties of Northern Ireland in the immediate future rather than the 26 counties of the Republic.