At marvellous Merion another thrilling US Open Championship came to a conclusion on Sunday 16th June with virtually the winning of the second Major of the year coming down to the last shots. No player was under par, nevermind that, all players were over par! Merion was setup superbly and albeit a relatively short US Open layout in terms of previous venues, the course which has not hosted America’s premier golfing tournament since 1981 tested the World’s best golfers admirably. 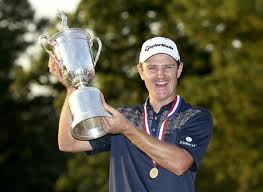 On the course from early on it looked like it could well by Phil’s week, putting to bed those previous 5 second place finishes with most of them being agonising runner up placings! He played conservatively and hit the driver very rarely, a tactic he promised his coach Butch Harmon that he would not waiver from. As the field jostled for position over the first two days it became apparent that Mickelson would be one of the leading contenders along with former World No.1, Luke Donald, his compatriot Justin Rose, Australian Jason Day (looking to emulate his fellow countryman David Graham), 2011 Masters Champ Charl Schwartzel, veteran Steve Stricker and relatively new to contending in the final rounds of a Major – Hunter Mahan and Billy Horschel. By the close of play on Saturday the above players were those considered the only players still in with a shout, players like Tiger, Rory, Sergio and Harrington well out of the contention at the close of play after 54 holes.

The early holes for the leaders was quite something to see – Schwartzel was solid and looked the man to beat early on with birdies and a general calm. Phil narrowly missed birdies and 1 and 2 but posted a double bogey on 3. Luke Donald had a horror start and probably never recovered properly from hitting a standard bearer to the left of the green on 3. The third hole did cause problems all day – playing between a fairway wood and driver for most players in the field! Stricker had a shocker on 2, with a treble-bogey 8 including 2 shots out of bounds. Mahan started solidly with many pars while Horschel appeared as the golfer in the Octopus pants which got more attention than his poor start! Day and Rose did nothing to harm their chances early on, this start giving them the impetus to push on as the Final Round reached the pivotal moments. 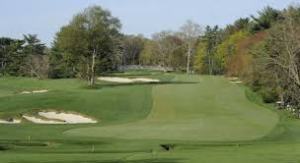 The start at Merion includes 2 par-5s in the first 4 holes but this does not mean you can ease into the round and pick up some easy birdies. The first hole should be at worst a par but with the pin position it meant the good miss was short which left a difficult uphill putt but this was better than a devilishly difficult chip or pitch downhill with little green to work with should you be long with your approach. The 3rd hole was not one of the more popular ones during the week and the final round did not do much to improve this either, 260 yards plus which wasn’t far short of the 10th hole, par-4! As the players got through the tough par-4s in the shape of 5 and 6 the leaderboard had taken the shape that it would pretty much continue in for the remainder of the round, it was more or less down to 4 men – Rose, Mickelson, Mahan and Day.

Phil, who had not held a putt on much consequence on the front 9, continued this trend on the 10th but which a fantastic hole out from the rough for an eagle 2 to take the lead at that stage. More solid golf followed but an errant wedge shot cost him dearly on 13, carrying the green which resulted in a bogey for what was considered one of the last genuine birdie holes on the back 9. Another poor wedge approach resulted in a bogey on 14, lead back with Rose at this stage. Day was hanging in there but a few bogeys at the wrong time on probably the toughest closing stretch in Major Championship golf eventually meant he would finish at 3-over par for the tournament. Rose hit a superb tee shot to 17 to give him a chance of a chip-in birdie from just on the back right fringe but he left this stone dead rather than having a run at it, again pars being priceless over the last few holes. An immaculate tee shot on 18 left Rose in the middle of the fairway, some say he was beside the Hogan plaque (fittingly if so) and some a sprinker head, but his approach to 18 underlined his solid play all day and all week with an arrow-like long iron seeking out the pin and unlucky to run through to the back edge of the green. An expertly played greenside shot with a fairway wood gave him a tap in, unlucky not to post an Even Par total of 280 for the 4 rounds with what could have been a birdie at the last.

Mahan had been hanging around the lead for a while but a terrible double bogey late on scuppered his chances, he wasn’t the only one struggling over the final holes at Merion though and the closing holes bared their teeth. Phil was now the only golfer left to threaten Rose’s Major hopes coming up 18 after making par on 17 to stay 1 behind. A drive into the left rough looked to have ended Lefty’s opportunity to finally put claim to a first US Open triumph but with his second shot finishing up short of the green it still gave him the chance to pitch in – something that he has been known to do from time to time! Mickelson stalked the pitch for quite a while and eventually played a decent shot, aggressively punched towards the hole but as it raced past the right edge as did his chances and Rose became the first English golfer since 1970 to win the US Open and since 1996 to win a Major!

Everything was indeed Rosey in the garden for Justin at Merion on US Open Sunday!